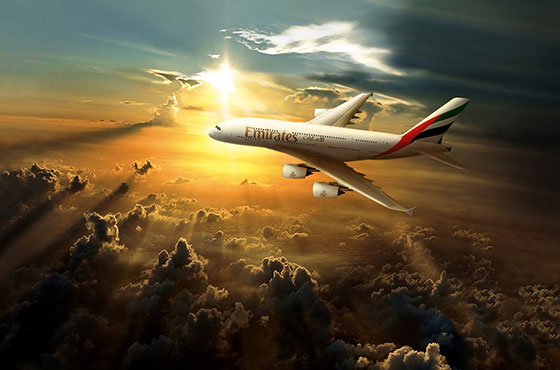 Emirates Chairman Fires Back at US Airlines

Emirates is one of the largest airlines in the world. The Dubai-based airline’s success is built on service, something acknowledged by Emirates Chairman Sheikh Ahmed Bin Saeed Al Maktoum.

While speaking to Bloomberg, the Sheikh advised, “Offer the best to the passengers and people will fly with you. [Customers] don’t mind paying maybe an extra penny to fly if your service is good; at the end of the day it is all about service.”

According to Arabian Business, three US airlines American, United and Delta have requested US authorities to re-evaluate the ‘open skies’ policy with the UAE. They feel that Emirates gains $40 billion in what they call unfair subsidies.

However, the Emirates chairman insists that it was the Americans who wanted them to sign the open skies policy. “The Americans, when they signed the agreement, they insisted on an open-sky policy and many airlines looked at us at the time as if they’re the giants. They never expected that airlines will come out of this part of the world that will challenge them.”

According to Skift, Emirates plans to add 11,000 personnel to their workforce  by next year. Emirates now has direct connections to nine American cities as well as onwards connections to 60 destinations. Their Dubai hub is known as world’s busiest airport after taking over from London’s Heathrow airport in 2014.