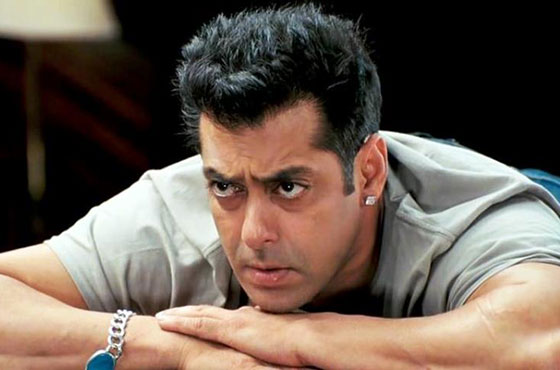 Bollywood Celebs Rally in Support of Salman Khan After Verdict

After the Sessions Court announced Salman Khan’s verdict and sentencing the actor to five years in prison, he garnered the sympathies of many of his peers and admirers. According to Pinkvilla, Salman was visited by several of his friends from the Bollywood fraternity prior to the verdict. Those also include his ‘Karan Arjun’ co-star Shah Rukh Khan, Arpita Khan, Sohail Khan, Sajid Nadiadwala, David Dhawan, Baba Siddiqui among others. Shah Rukh reportedly spent two hours at Salman’s place the night before the verdict.

Salman got even further support once the verdict was announced. He luckily got two days interim bail which allowed him to be in the comfort of his family and friends. Some of the famous names in Bollywood came to offer support and sympathies to their fellow actor. His ‘Andaz Apna Apna’ love interest Karisma Kapoor as well as Ritesh Sidhwani, Mika Singh, Suneil Shetty, Niketan, Baba Siddiqui, Seema Khan, Malaika Arora Khan, and Chunkey Pandey were among his well-wishers who visited him at this difficult time. Other famous names included Rani Mukherji, Preity Zinta, Bipasha Basu, Sonu Sood, Pulkit Samrat, Atul Agnihotri along with brothers Sohail and Arbaaz Khan.

The support from the Bollywood community was even strong on popular social microblogging site Twitter. Filmmaker Karan Johar tweeted, “I can only respond emotionally just now…my thoughts and prayers are with Salman and his family today….I wish them strength….” His friend and hot young actor Arjun Kapoor offered his support via a set of tweets which said, “It doesn’t matter what anyone or any court says he doesn’t deserve this at any level…will stand by @BeingSalmanKhan no matter what…” and “Cant wrap my head around what’s happening,scary how fickle life is,hope n pray he emerges stronger like he has in the past @BeingSalmanKhan.”

Veteran actor Rish Kapoor tweeted, “The Kapoors are with the Khans in their difficult time. Time is the biggest healer. God Bless!” Aspiring actress Alia Bhatt’s tweet was sympathetic to Salman while acknowledging that he was in the wrong, “It hurts when your own are punished, even if they are in the wrong. We love you and are standing by you.” Parineeti Chopra tweeted, “Hurts to think of what could happen. We will always be with you. Hope the judge sees the beauty of a human being that Salman Khan is.”

Bipasha Basu was one of the actresses who also visited Salman’s residence post-verdict. The ‘Humshakals’ star acknowledged Salman’s humanitarian work while offering support in tweets, “@BeingSalmanKhan is the nicest human being in this business. Wish all our Prayers and love help him in this difficult time. Deeply saddened” and “@BeingSalmanKhan is a man who has always helped d underprivileged! A man who has done so much humanitarian work. Prayers for a fair judgment.”

‘Kal Ho Na Ho’ star Preity Zinta offered support to both Salman and the victims. One of her tweets said, “Shattered after hearing the verdict. Hope the court sees @BeingSalmanKhan has helped & saved hundreds of people over the years. #beinghuman.”

The reaction towards Salman from Bollywood has mostly been supportive except for few such as Raveena Tandon who supported the verdict on Twitter, “My sympathies to the victims family&all those whose lose their near dear ones, in accidents like this, the loss is irreplaceable..Unnecessary.”

Hopefully, Salman learns a great lesson from this and is able to become a better person. It is great to see his work towards charitable causes in recent years and we hope he continues on that path.