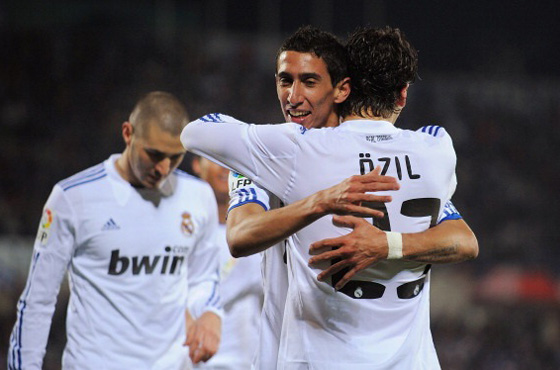 Arsenal to blow over $100 million on Real Madrid trio?

It appears as though Arsene Wenger read our article, published yesterday about the downfall of Arsenal, and decided to do something about it! According to the latest reports, the Arsenal manager is all set to blow their entire summer transfer budget on Real Madrid trio Mesut Ozil, Angel Di Maria and sensational striker Karim Benzema.

According to English media sources, the Gunners are looking to spend in excess of $100 million in a bid to rescue what has long-been referred to as a “botched transfer window”. Media outlets report Arsenal have initiated talks for the three players with the Spanish giants and have reportedly “received encouragement”, signaling the trio could arrive at the Emirates by Monday’s transfer deadline.

With the transfer window coming to a close, Arsene Wenger must be feeling the strain, and to be able to secure three players of this calibre, that too so close to deadline would only help relieve some of that pressure. With Real’s mammoth deal on the table to secure Gareth Bale from Tottenham Hotspurs, a $100 million would certainly help the Spanish giants balance the books.

But that being said it may also be worth mentioning the Real Madrid trio has actually expressed their desire to stay at the Bernabeu. So with less than four days to go till the close of the transfer window, the question on everyone’s mind has to be, has Wenger left it too late?