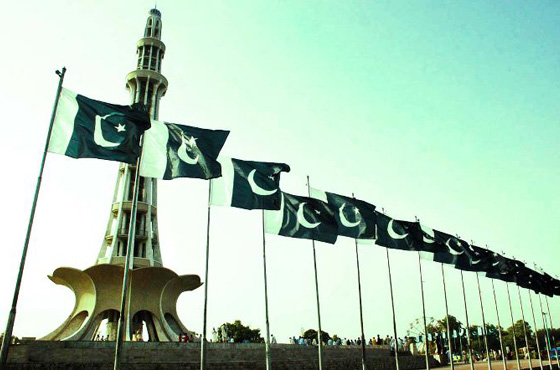 And so it begins… AZAAD PAKISTAN!

“How do you eat your own roots?” – Kamila Shamsie

Pakistan might have been created with one man’s passion that ignited the whole country to unite and fight; but sixty-odd years later, that very passion seems to have lost its path and has conveniently turned into adversity and animosity of all sorts. Today Pakistan is known as the epicenter of violence and terror; a terrorist nation that has transcended its borders and has officially become a “failed state”. Azaad Pakistan is the probable effect of this very condition that is being experienced first-hand by our local populace.

The birth of Azaad Pakistan came in the form of students who wanted to put an ultimate end to this vicious blame game and for once, take some ownership and accountability. A handful of amateur students decided to do something worthwhile for their country; not by making big promises that turn out to be empty vessels in the end, but by creating change from within themselves and leading by example for the rest to follow!

A series of short documentaries; Azaad Pakistan compels us to question our very roots and the things we have learned or rather have been “conditioned” to learn over the years. Acutely aware that they were embarking on a path that had never been explored, these youngsters knew they would become the focal point for critical discussion and probably get stereotyped as “burgers-in-action”. However in the end, all they really wanted was to join hands for a cause that is close to home and heart.

Talking about the roots of Pakistan, these students researched every instance and fact; like the two nation theory and its essence to the core, before airing it on the internet. They know it’s not synonymous to moving mountains but deep down they all hoped that simply an attempt at something of this calibre, is enough to make people stop for a second… and just think!