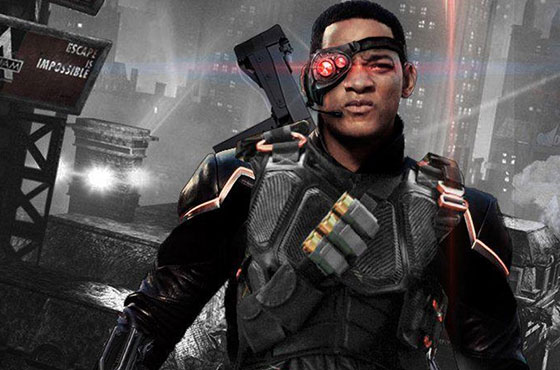 DC is set to rival Marvel for the next several years for comic book film supremacy. 2016 will see the release of DC’s ‘Batman vs. Superman: Dawn of Justice’ directed by Zack Snyder. It doesn’t stop there. ‘Suicide Squad’ featuring an ensemble cast will also be coming to the big screeen next year. Will Smith as Deadshot, Margot Robie as Harley Quinn, Cara Delevinge as Enchantress and Jared Leto as the Joker are set to star in the hotly-anticipated film. David Ayer is in the director’s chair. The film is set to expand the DC Universe on the big screen. Despite the release of the film being a year or so away, there are several things you probably may not know about ‘Suicide Squad’. We list five of those for you below:

1. Prior to Jared Leto’s casting as the Joker, Ryan Gosling was considered for the role. According to IMDb, Gosling was not interested in the multi-picture deal required of him by Warner Bros.

2. The ‘Suicide Squad’ has been previously featured in television series ‘Arrow’. Deadshot, Bronze Tiger, Shrapnel and Harley Quinn were the only members of the squad to make an appearance on the show. Quinn did not make a physical appearance and was voiced by Tara Strong. However, according to MStars News, Harley Quinn does feature in a deleted scene from the show’s second season DVD and Blu-ray set.

3. The Joker was portrayed by Cesar Romero in the 1960s ‘Batman’ television series that starred Adam West as the Caped Crusader and Burt Ward as Robin. It will be 50 years to that iconic performance when Jared Leto portrays the Joker in ‘Suicide Squad’ next year. Since Romero, Jack Nicholson and Heath Ledger have also portrayed the Clown Prince of Crime.

4. The role of Amanda Waller could have gone to either Oprah Winfrey or Octavia Spencer but ended up going to Viola Davis who was also originally considered. Angela Basset previously played the role in ‘Green Lantern’ starring Ryan Reynolds.

5. Will Smith and Margot Robie will be pairing up for the second time after their first appearance together in ‘Focus’.