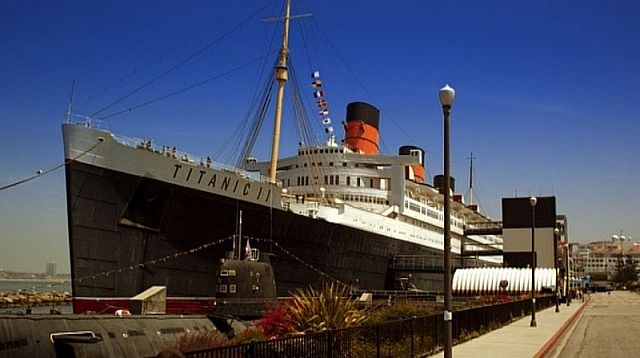 Perhaps the voyage is only for the bravest, but come 2018, you may want to be on board the Titanic II, an almost exact replica of the ill-fated vessel that took to the waters from Southampton in 1912, bound for a cross-Atlantic voyage to New York. The original Titanic, hitting an iceberg and sinking, became the most famous oceanic disaster when 1503 people on-board were killed. The Blue Star Line, which will be operating the new namesake, are assuring that its adventures will have a happy ending.

Titanic II is very similar to the original liner, its features will include state-of-the-art cabins, a glamorous first-class dining room, swimming pools, a gymnasium, a smoking room, squash court and, of course, a grand staircase. There’s a rumor that guests on-board will also get period-appropriate costumes to complete the experience.

Unlike its ill-fated predecessor though, the modern Titanic will have no safety issues, as it’s being built to stringent standards, says Australian millionaire Clive Palmer, CEO of the Blue Star Line, who has commissioned it. The ship will be absolutely sea-worthy, having satellite control, digital navigation and radar systems, with more than enough lifeboats.

The route of the original voyage however has been changed; now the Titanic will be setting off from Jiangsu, China and terminating at Dubai. The vessel has 840 cabins and can carry 2400 passengers and 900 crew members.

Travelers can buy first, second and third class tickets, prices of which have not yet been disclosed. The experience on board will be exactly the same as on the first Titanic, barring, of course, the end.