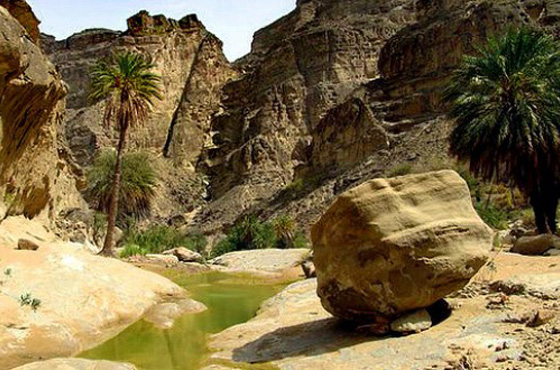 Nearly 200 km outside Karachi, near the coast of Makran in Balochistan, you will come upon a scene of pure unadulterated wilderness: Hingol National Park, the largest national park in Pakistan.

Established in the 1980s and 90’s by the Dhrun Wildlife Sanctuary, the park stretches over 7,300,000 square yards. It contains a rich diversity of flora and fauna because of its variety of topographic and climatic conditions, ranging from sub-tropical forests and an estuary of the Hingol River to arid mountains and a coastal semi-desert. The Hingol River has been fostering Marsh Crocodiles for centuries, and today also nests Olive Ridley and Green Marine Turtles.

Hingol National Park is of global significance because it is home to a number of endangered species including: leopards, gazelles, honey badgers, dolphins and the Indian fox. Other inhabitants in the area include jungle cats, jackals, wild goats, hedgehogs, porcupines, rock mice and two monitor lizard species.

In addition the park serves as a dwelling place for a variety of bird species including the Houbara Bustard, Dalmatian and Spot-billed Pelican, numerous different species of vultures and the Lagger falcon. For many of these birds Hingol is their winter home.

Unfortunately though, Hingol National Park is only accessible by 4WD via the town of Aghor. Moreover, Pakistan’s largest national park offers no tourist facilities, so only determined nature fans with a passion for all things “natural” can enjoy it.