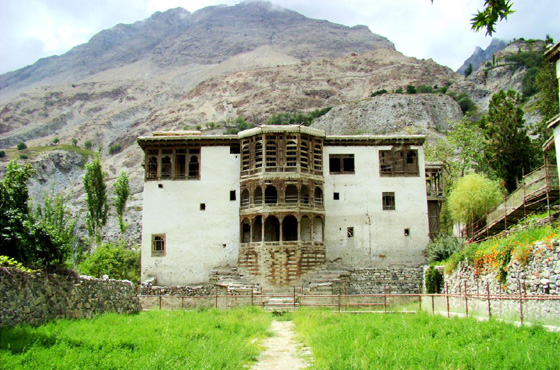 Grab your favorite hoodie, your iPod, your digital SLR and get ready for the trek of a lifetime! 100 kilometres east of Skardu lays Khaplu, once the second-largest Kingdom in old Baltistan during the Yabgo dynasty. Today, this insanely-beautiful city serves as the capital of the Ghangche District in Gilgit-Baltistan.

Khaplu is one of those hidden treasures you never get to hear much about. Divided in two halves by the Shyok River, the valley is home to the famous K6, K7, Saltoro Kangri and Sherpi Kangh mountains. Only accessible by road, Khaplu is a mere six-hour drive from Skardu; a travel paradise in its own right.

Sometimes referred to as “Shyok Valley, “Ghangche” or “Little Tibet”, the city serves as the gateway to Masherbrum Peak. In terms of architectural heritage and cultural expression it has arguably more treasures than Shigar and others areas of Baltistan, possibly as a result of its proximity to both Leh in Ladakh and Srinagar in Kashmir. With serene landscapes that look like they’re straight out of ‘the Lord of the Rings’, this sort of natural beauty needs to be seen to be believed.

Khaplu is also home to two heritage sites regarded as the most beautiful in Asia. Chaqchan Mosque is a carved wooden mosque whose foundations were laid way back in the 16th century, when the people of this region first embraced Islam. The second is Khaplu Palace, the finest surviving example of royal residence in Baltistan. It stands above the town amidst terraced apricot orchards, surveying the river Shyok below and the mountain peaks in the distance.

So, if you’ve got a weekend to kill and not enough Dirham’s in your bank account visit Khaplu – We guarantee you won’t be disappointed!