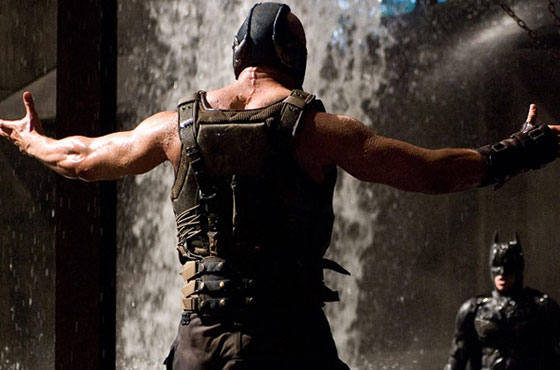 Tom Hardy has taken on some strong physical roles in his career. From ‘Bronson’ to ‘The Dark Knight Rises’, he has trained hard for every role. In one of his first physical roles in ‘Bronson’, he had to gain 42 lbs of muscle mass. According to AskMen, he undertook a regimen of bodyweight resistance exercises. He also had to show a bit of flab so it was not about being completely fit.

Hardy was quoted by Uinterview saying, “For Bronson, I put on about 7lbs a week —  with no steroids. In the end I’d put on about 2 and a half stone by eating chicken and rice, which was my staple diet throughout the day. Then I’d have a pizza, Häagen-Dazs and Coca-Cola: So not good stuff, but I had to put weight on. I did very non-specific exercises such as press ups, pushups, abs work and resistance training.”

When he was cast as an MMA fighter in ‘Warrior’ his training was no different than real-life MMA athletes. That included daily sessions of boxing, kickboxing and Muay Thai. About his diet Hardy was quoted saying, “It was a carb depleted diet with 5-6 meals of protein separated throughout the day. A lot of chicken and broccoli and not much else. Eating in this way ensures your body will not store fat, but it’s extremely tough to keep it up while also following a grueling workout routine.”

When he starred as Bane in the final chapter of ‘The Dark Knight’ trilogy, he was given three months to gain 30 lbs. AskMen reports that he most likely followed a 5×5 workout which means “5 sets of 5 repetitions with about 2-4 minutes in between each set.”

This could be achieved by exercising thrice a week and alternating between squats and deadlifts. Each day one would add 10 lbs for lifts and 5 lbs for overhead press. That is what makes one man a monster that would break the back of a certain avenger of the night!