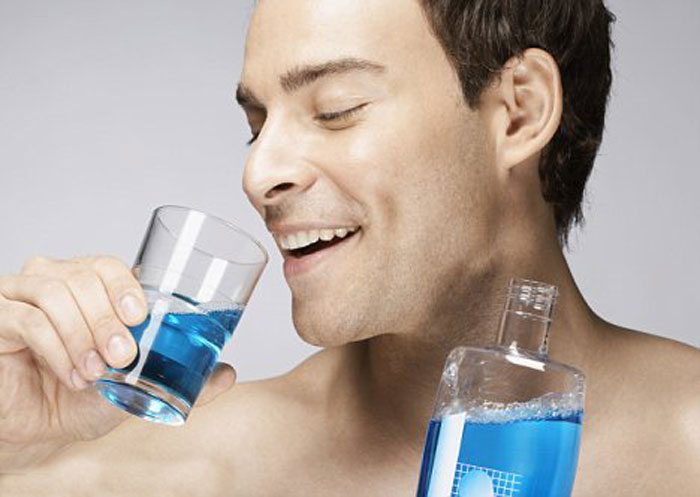 A guy’s bathroom may not have shelves loaded with beauty aids, but the one thing you’ll most definitely find is a bottle of mouthwash. Now granted, the reason you bought it was to combat bad breath, plaque and bacteria, but the utility of this bottle goes far beyond maintaining oral hygiene.

Here’s a list of other ways in which Listerine, Colgate, or Sensodyne can come to your rescue:

2. Dandruff control. Embarrassed by the flakes but keep forgetting to buy anti-dandruff shampoo? Just massage a few drops of mouthwash into your scalp before you shower and shampoo your hair as usual; it will be dandruff-free, and fresh smelling after the ‘mouthwash treatment’.

3. Facial cleanser and toner. Most guys usually can’t be bothered with cosmetics but a mouthwash comes in damn handy if you want to remove the grime from your face after a hard day. Just dab some on a cotton ball and remove all the dirt and bacteria before using your regular soap.

4. Foot Deodorizer. Smelly feet are a common problem after you’ve spent all day in socks and shoes. After work, treat your feet to a relaxing soak in warm water to which a few drops of mouthwash have been added. This is a great remedy for nail fungus too as it kills the bacteria that causes it.