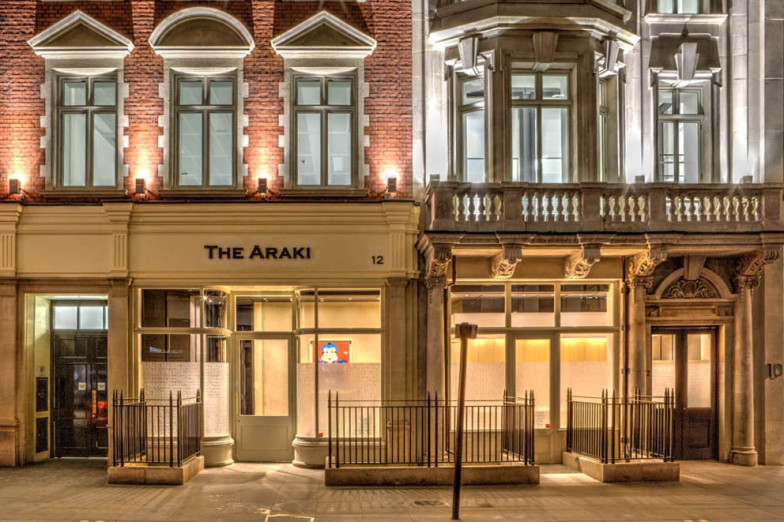 Five Most Expensive Restaurants in the World

It’s not about eating, it’s about a culinary experience; at least that’s how you should be looking at it considering the dent it’s going to put on your credit card. The world’s finest dining experiences come with a high price-tag, and it’s up to you to decide whether you’re ready for the adventure.

1. Sublimotion in Ibiza. Ever since arguably the world’s best restaurant El Bulli closed down in 2011, the best claimant to the title is this gastronomic delight owned by modernist chef Pablo Roncero. For $1,600 per head, you’ll get not just a meal but a surrealistic performance you’re not likely to soon forget. The interior comprises of a single table with 12 chairs. You’ll dine on delights like nitrogen frozen spherical olives and foie gras doughnuts that float in on balloons, while projected images of the gardens at Versailles or Arctic icebergs surround you.

2. L’Arpege in Paris. For a nightly set dinner that consists mainly of vegetables, $425 per person seems a tad pricey, but diners swear to the cuisine being worth it. Chef Alain Passard stopped serving red meat after the mad cow disease outbreak, and now the menu mainly features creations made from the freshest vegetables delivered daily to the restaurant from gardens in northern France. Passard’s signature dish is tomato soup topped with a dollop of mustard ice-cream.

3. Araki in London, is a sushi bar with only nine seats, so it’ll be a near-miracle if you manage to get a reservation. At £300 per person, you’re also cautioned that beverages are not included, and that they do not serve tempura, teriyaki or meat dishes. Also, there’s one menu only, and individual dietary requirements cannot be accommodated.

4. Le Louis Quinze in Monaco. Owner Alain Ducasse holds pride of place as possibly the most influential haute cuisine chef on the planet. Yet, the restaurant simply serves classic French food, a la carte. The prices may be steep but the food is to die for. The sea bass with citrus and fennel is a taste you won’t forget and will definitely come back for.

5. Noma in Copenhagen, is known for the surprises chef Rene Redzepi often springs on diners, like serving live shrimps on a bed of ice. The 20 course dinner at $250 per head is called a bargain by fans. Noma has also set up a temporary home in Sydney for 10 weeks, and the 5,600 seats for the season were sold out in under two minutes.