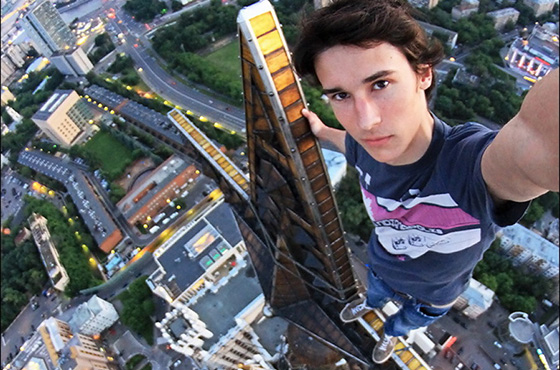 A new academic study confirms what many people have long suspected: Men who post lots of selfies on social media sharing sites such as Facebook and Instagram are more likely to be narcissists, some even display psychopathic traits.

According to CNN, the study is based on data from 800 men, ages 18 to 40, who completed an online survey that inquired about their selfie-sharing habits on social media. The men also answered a standard questionnaire on self-objectification and anti-social behaviour. The survey, besides asking participants how frequently they posted photos, also asked whether photos were enhanced through filters or other tools before sharing.

“It’s not surprising that men who post a lot of selfies and spend more time editing them are more narcissistic, but this is the first time it has actually been confirmed in a study,” said Jesse Fox, assistant professor at Ohio State University and a lead author of the study. “The more interesting finding is that they also score higher on this other anti-social personality trait, psychopathy, and are more prone to self-objectification” she added.

Fox claims the most interesting finding of the study was the link between selfies and self-objectification. In layman’s terms, these self-obsessed dudes value themselves only on their looks, which they believe are better than other men, and consequently show a lack of empathy towards others. Men who scored higher on self-objectification uploaded more selfies, which led to a greater response from online friends, which in turn encouraged them to share even more photos of themselves.

Although Fox’s research doesn’t directly suggest that men who post a number of selfies are necessarily narcissistic self-centred a-holes. There is a compelling amount of evidence that the men who are so enamoured by their own looks that most of their photos are selfies, are in fact more prone towards anti-social behaviour.