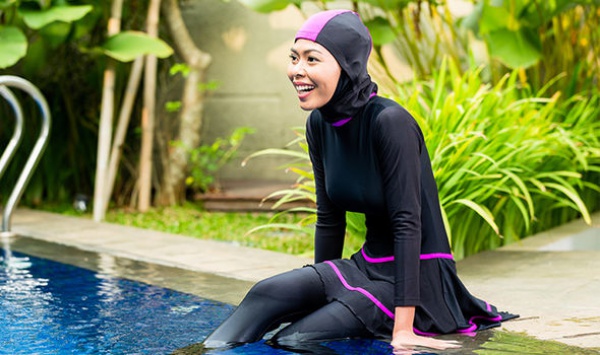 Burkini Sales Skyrocket 200% After Being Banned In South of France

If Fox News call it ‘ridiculous’ you can figure that the burkini ban doesn’t bode well for the land of ‘Liberté, Egalité, Fraternité’.

France may yet realise it has gone too far by banning the all-covering swimwear created by Lebanese-Australian designer Aheda Zanetti, which is not necessarily ‘Islamic’ but favoured by women who choose not to expose their bodies for whatever reason they deem fit.

British newspaper The Independent, reported that retail giant Marks & Spencer had declared that its Burkini Collection (launched this Spring) had totally sold out. The swimwear had first been introduced at stores in Dubai and Libya, then at the flagship store at Marble Arch in London. The way it has flown off the shelves proves it’s a big hit with customers.

Meanwhile, the highly offensive photos of French police surrounding and ordering a woman on a beach in Nice to remove her clothing have caused an uproar of outrage. The French government deems the burkini ‘incompatible’ with French values which, for all liberal-thinking people, is incomprehensible.

British women have decided to show solidarity with their conservative sisters by holding a ‘Wear What You Want’ beach party outside the French embassy in London, basically asking all governments, fundamentalists, extreme liberals, to ‘get the hell out of our wardrobes’ and leave women with the freedom of choice!