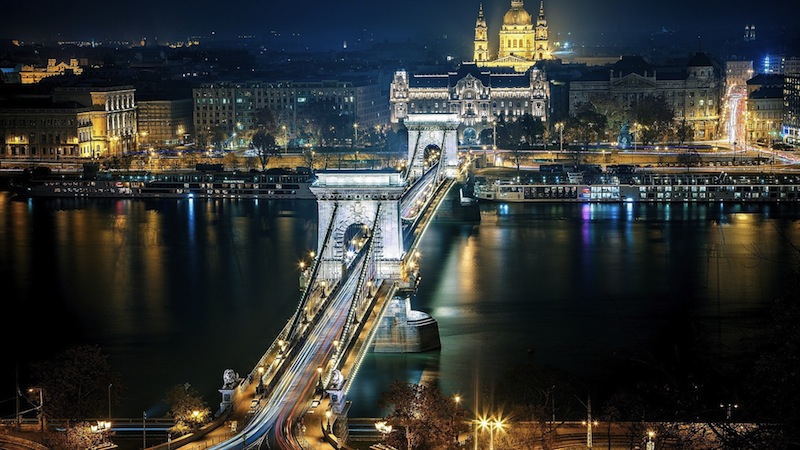 Budapest: Pearl of The Danube

Eastern Europe is usually not a direction tourists head toward, but one of the region’s largest cities, and the capital of Hungary, Budapest is totally worth including on your wish-list of places to visit.

Originally a Celtic settlement which was conquered by the Romans, Budapest has even served under Mongol and Ottoman rule. During the Renaissance period, it was one of the major influential cultural centers. Buda and Pest were, till 150 years ago, two separate cities on the banks of the Danube river. They were then merged into what is now the modern metropolis, but its historical and cultural treasures have caused vast areas of it to be declared UNESCO World Heritage Sites.

Budapest is also known as the ‘city of spas’ as the bubbling waters from 114 springs feed it. You’d be spoilt for choice to pick a relaxing spot to spend a leisurely day at. The Rudas Spa is a 16th century Turkish hammam, complete with original Ottoman architecture and decor, where you can cast aside your worries (and inhibitions) for some time.

Not to be missed as you walk around are the St. Stephen’s Basilica with its 300 ft high dome, around which is an observation deck giving you panoramic views of the city. Budapest’s underground rail system is the second oldest in the world, but still running smoothly. The Szechenyi Chain Bridge was the first permanent link between the twin cities, and is a spectacular sight at night. The neo-Gothic Parliament building is another beautiful site worth a visit, often being called ‘a cathedral of democracy’ because of its awe-inspiring architecture.