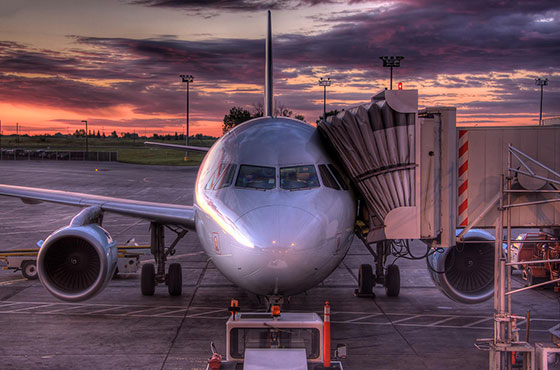 According to CNN Money, Aktarer Zaman helped travelers across the US gain cheaper airfares by finding a glitch in the system. Apparently that glitch was noticed by United Airlines and Orbitz who have filed a lawsuit in November against the 22-year-old Bangladesh native. He used his website called ‘skiplagged.com’ that helped travelers find cheaper fares by using a trick called ‘hidden-city’ traveling.

Do not let the jargon confuse you. It is very simple. If you want to fly to Atlanta, Georgia from Washington DC for example, you would book your final destination to be San Antonio, Texas. This is strictly hypothetically speaking considering it would be cheaper to fly to San Antonio than directly to Atlanta. You would have to make sure you stop in Atlanta for this to work and check in zero bags. This way when you land in Atlanta, you just head to the exit gates.

Sounds quite simple right? It’s only a side project for Zaman but has become very popular since he launched the site a year ago. United and Orbits think otherwise and insist that what Zaman is doing is illegal and he is being sued for $75,000 in damages. He has been able to sought support via GoFundMe to raise $30,000 to fight the lawsuit.

While it could be argued that it is the same as missing a connection or an entire flight, but this is being done on purpose to gain cheaper airfares. When speaking with CNBC the New York City resident said, “All it (skiplagged.com) does is provide information to consumers that is already publicly accessible. I’m very focused on what I’m doing because I do believe I have something that is benefiting consumers.”

Michael Boyd, the President of aviation consulting firm Boyd Group International reportedly stated that he was taught by American Airlines to help his customers find such fares 30 years ago. CNNMoney quoted Boyd saying, “I don’t think it’s illegal what he’s doing”. Illegal or not, Zaman may have to pay a hefty price. Since the secret is out in the open, the lawsuit may not stop anyone from using this route on their own without the help of the website. This could spur copycat websites as well.