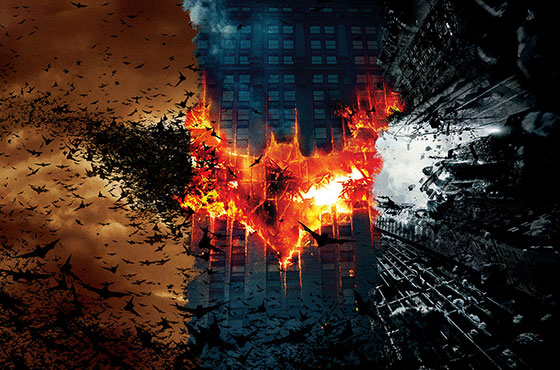 When ‘Batman and Robin’ was released in 1997, fans criticized director Joel Schumacher for the campy tone of the film and resemblance to the 1960s television series. Eight years later, Christopher Nolan kickstarted the ‘The Dark Knight’ trilogy that took Batman back to its dark roots  previously seen in Tim Burton’s ‘Batman’ and ‘Batman Returns’; although more realistic this time around.

It seems that audiences have had enough of dark, gritty and realistic takes on comic book films. Since Nolan started the trend, we have seen many superhero films take that root such as Zack Snyder’s ‘Man of Steel’. It is no surprise that Nolan was also its producer. According to The Hollywood Reporter, the successes of recent films like ‘Guardians of the Galaxy’ are signs that audiences are looking for light entertainment. This sentiment is echoed by former ‘X-Men’ director Matthew Vaughn in SFX Magazine.

The magazine quoted Vaughn saying, “People want fun and escapism at the moment. Look at the success of Guardians of the Galaxy. I think Nolan kick-started a very dark, bleak style of superhero escapism, and I think people have had enough of it.”

Vaughn has himself used comicbook heroes in an entertaining and funny manner in ‘Kickass: The Movie’. The husband of 90s supermodel Claudia Schiffer will be releasing his next film ‘Kingsman: The Secret Service’ which is his “love letter” to the 1970s British spy films. He pays tribute to some of the spy icons he grew up with.

The ‘X-Men: First Class’ director added, “I was born in 1971, so they were very formative years for me growing up. I was inspired by all of it. The Avengers, Harry Palmer, The Prisoner, The Man from UNCLE, In Like Flint. Of course, there’s a huge shadow of Bond — Bond is the monolith of spy movies — but it’s not just about Bond; there were a lot of other things that influenced me.”

His brand of comic book humor may inspire other directors to follow suit. ‘Kingsman: The Secret Service’ stars Colin Firth, Samuel L. Jackson and Michael Caine and is set for release on February 13, 2015.