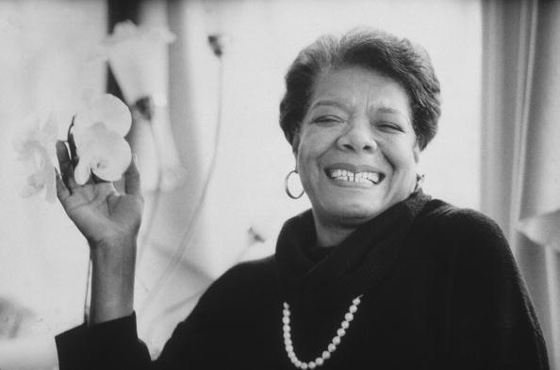 World says Goodbye to yet another Literary Icon; Maya Angelou

‘I’ve learnt that people will forget what you did, but people will never forget how you made them feel’ — Maya Angelou, interview for Beautifully Said Magazine.

On Wednesday May 28th, the world bid farewell to one of our most-beloved literary treasures, the late great Maya Angelou. According to her family, the American author and poet died at the age of 86 yesterday at her home in Winston-Salem, North Carolina.

Despite the fact that Angelou belonged to a different generation she was reputed to be quite tech-savvy and kept in touch with fans and readers on social media sites like Twitter. Angelou was reportedly receiving medical attention for a month and had to skip events, although she did stay active on the popular micro-blogging platform. Her last ‘tweet of wisdom’ on May 23rd read ‘Listen to yourself and in that quietude you might hear the voice of God’.

An inspirational woman, she worked with some of the greatest icons of our time including Malcolm X and Martin Luther King Jr. as part of the civil rights movement in the United States. Twice in her lifetime she had the honor of being a part of the presidential committee. One of her most famous presidential moments was when she quoted her poem ‘On the Pulse of Morning’ at President Bill Clinton’s inauguration in 1993.

Angelou also played a role in higher education as the Reynolds Professor of American Studies at Wake Forest University, where university officials reportedly praised her as a ‘national treasure’.

According to her family’s statement on Facebook, she had been awarded the Presidential Medal of Arts in 2000, the Lincoln Medal in 2008 and the Presidential Medal of Freedom in 2010, amongst countless other accolades. Of the 30 books she authored ‘I Know Why the Caged Bird Sings’ gained the most repute. She was also Hollywood’s first ever female African-American director.

In a statement US President Barack Obama referenced a passage she wrote at the passing of the late South African President Nelson Mandela that read, ‘No sun outlasts its sunset, but will rise again, and bring the dawn.’

He said she was ‘a brilliant writer, a fierce friend, and a truly phenomenal woman’ adding that most of all, he will remember her as ‘a storyteller – and her greatest stories were true. A childhood of suffering and abuse actually drove her to stop speaking – but the voice she found helped generations of Americans find their rainbow amidst the clouds, and inspired the rest of us to be our best selves’.

Obama’s own sister Maya was reportedly named after the renowned author.

Many in the entertainment industry too, were quick to pay tribute to perhaps one of the greatest American women who ever lived. Some of the best tributes on Twitter included one by Pop icon Beyonce who tweeted: “Rest in peace phenomenal woman”. Other celebrities also chimed in with heartwarming tributes.

TV personality and Oscars host Ellen DeGeneres wrote, “Today the world lost one of its greatest gifts. I’m sending love to the friends and family of Maya Angelou.”

A phenomenal actress and singer in her own right, Bette Midler tweeted, “The beautiful Maya Angelou died this morning. A big and radiant soul, at rest at last.”

The literary genius once famously wrote, “my mission in life is not merely to survive, but to thrive: and to do so with some passion, some compassion, some humor, and some style.”