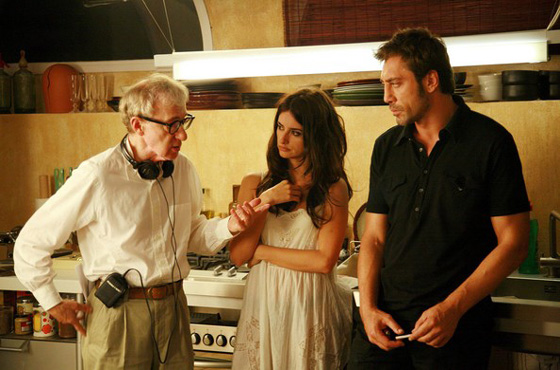 Is ‘Vicky Cristina Barcelona’ Woody Allen at his best?

Woody Allen went to the tip of the Iberian Peninsula for the richly romantic comedy Vicky Cristina Barcelona. Powered by a dream cast and nominated for over 30 international awards this film was simply, sizzling!

Based on a screenplay Allen wrote years earlier, the film was originally supposed to be set in San Francisco. But seeing as the city of Barcelona offered to pick up the tab on production costs if the film was shot there, Allen re-wrote the script for a Spanish setting. The city was reportedly able to raise up to two million Euros from public funds for the project.

Filming by the Mediterranean Sea clearly loosened ol’ Woody up. You want plot? Vicky (Rebecca Hall) and Cristina (Scarlett Johansson) decide to spend the summer in Barcelona. Vicky is completing her master’s in Catalan identity, which she became interested in through her great affection for the architecture of Gaudí. Cristina, who just spent the last six months writing, directing, and acting in a 12-minute film which she then hated, had just broken up with yet another boyfriend and longed for a change of scenery. Everything fell into place when a distant relative of Vicky’s who lived in Barcelona offered to put both girls up for July and August. The two best friends had been close since college and shared the same tastes and opinions on most matters, yet when it came to the subject of love, it would be hard to find two more dissimilar viewpoints. Vicky has no tolerance for pain and no lust for combat. She is grounded and realistic. Her requirements in a man are seriousness and stability.

Cristina, on the other hand, expects something very different out of love. She reluctantly accepts suffering as an inevitable component of deep passion, and is resigned to putting her feelings at risk. If you asked her what it was she was gambling her emotions-on to win, she would not have been able to say. But she knows what she doesn’t want, and that is exactly what Vicky valued above all else.

But what really shakes things up are Juan Antonio (Javier Bardem), a Don Juan-like persona in the Shakespearean-like pursuit of passion and his ex-wife Maria Elena (Penelope Cruz), a firecracker powered to raw emotion. You can’t fully understand why this film would be nominated for 30 international awards till you hear Cruz and Bardem trading Woody Allen one-liners in Spanish. Their emotions transcend all language barriers so subtitles- not needed.

Bardem, took a 180-degree turn from his Oscar-winning villainous role in ‘No Country for Old Men’, and was the embodiment of charm personified. Watching him switch tactics to entice the gorgeous Johansson (who was Allen’s first and only choice for the role of Cristina) and the resistant and recently-engaged Hall, is truly a lesson in the art of seduction. But watching Cruz, flipping between English and Spanish, all fiery and passionate, is a lesson in the art of acting. Oscar-nominated for Pedro Almodóvar’s ‘Volver’, it came as no surprise when she bagged the golden boy for her exquisite performance. Whether she’s planting tender kisses on Johansson in a darkroom or fighting with Bardem to get what she wants, Cruz is a stunner in every sense of the word — fierce, sexy, sharp, smart and possessed of a beauty that sneaks up behind you and leaves you heartbroken. In this light-hearted breeze of a film, Cruz is the gathering storm!