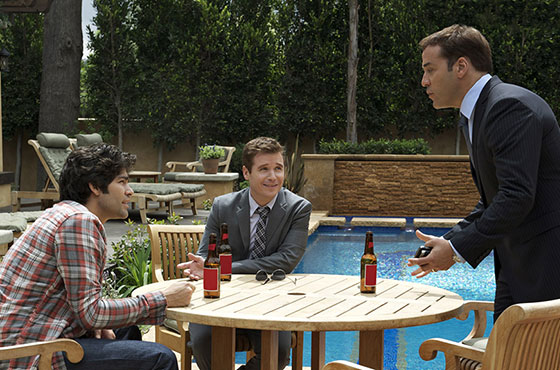 The Ten Most Awaited Films of 2015

2015 is a year of blockbusters. We have everything from action, drama, comic book flicks and even video game adaptations. There is no better time to be alive now to witness some of Hollywood’s finest. Not all of the films are Oscar contenders, but one they do promise is helluva good time!

‘The Fast and Furious’ franchise continues with the seventh installment of the action-racing series. ‘Furious 7’ will also be the last time we see the appearance of Paul Walker’s character of Brian O’Connor. Walker passed away last year in a fatal car accident, but thanks to the help of his brothers and Hollywood magic, we hope to see a better farewell to his beloved on-screen character. Vin Diesel, Dwayne ‘The Rock’ Johnson and new baddie Jason Statham are all set to wreak havoc on the big screen. It is one thrill ride you don’t want to miss.

The first ‘Avengers’ was a roaring success. It had the right amount of over-the-top action, explosions and witty banter that had audiences glued to their seats for its entire running time. Robert Downey Jr. as Tony Stark/ Iron Man, Mark Ruffalo as Bruce Banner/ The Hulk, Chris Evans as Captain America, Jeremy Renner as Hawkeye and an ensemble cast will be on hand to entertain us as they face an indestructible enemy known as Ultron.

Tom Hardy replaces Mel Gibson as Mad Max but is joined by the sexy, ass-kicking Charlize Theron as Imperator Furiosa in the hotly-anticipated ‘Mad Max: Fury Road’. The dynamic duo tries to escape chaos in an apocalyptic world and hope to restore order. George Miller returns to direct this action-packed adventure for a new generation of Mad Max fans.

Mark Wahlberg is bringing ‘Entourage’ to the big screen to the delight of fans of the show. An impressive cast including Walhberg himself, Jeremy Piven, Adrian Grenier, Jerry Ferrara, Kevin Dillon, Emily Ratajkowski and Billy Bob Thornton are set to ignite the screen. Vinnie Chase and his friends are back to take over Hollywood and it will be a blast!

Dinosaurs like the T-Rex and Raptors terrified 90s film audiences in the ‘Jurassic Park’ franchise. This time the island is a theme park built around dinosaurs. This time a raging ‘D-Rex’ is on the loose and is ready to eat alive anyone in its path. True fans should watch the previous instalments to get in the mood when the film releases this June.

Arnold Schwarzenegger returns to one of his best on-screen roles for perhaps one last time. Arnie is ready to kick butt as an aging T-800 Terminator and is joined by Jai Courtney as Kyle Reese, Jason Clarke as John Connor and Emilia Clarke as Sarah Connor. We hope that after the disappointing ‘Terminator: Salvation’ we get a taste of what made James Cameron’s ‘T2: Judgment Day’ the best in the franchise even after over 20 years of its release.

Before Henry Cavill suits up as the Man of Steel in ‘Batman vs. Superman: Dawn of Justice’, he will be seen on screen as ‘The Man From U.N.C.L.E’. Directed by Guy Ritchie, the film is an adaptation of the 60s hit television series by the same name. Henry Cavill plays CIA agent Napoleon Solo who teams up with Armie Hammer as KGB Operative Illya Kuryakin to take the fight to a mysterious evil organization who is on a quest to proliferate nukes.

This is the second film adaptation based on the bestselling ‘Hitman’ video game franchise. Rupert Friend takes on the role of Agent 47 who assists a woman trying to recover her father and discover her family’s past. The video games were excellent but will the film be a hit after a second round on the big screen? You got to wait till August to find out!

Daniel Craig returns as James Bond in his next espionage adventure ‘Spectre’. The film follows the events of ‘Skyfall’ and features Ralph Fiennes as the new M. This time, the villain Oberhauser is portrayed by Christoph Waltz who is joined by Andrew Scott and former WWE wrestling champion Dave Bautista. A brand new Aston Martin DB10 was specially made for the film. Bond fans are already counting days. November can’t get here any sooner!

Tom Cruise will be back in the mega blockbuster ‘Mission Impossible’ franchise for a fifth time. Plot details are unknown but Jeremy Renner, Simon Pegg and Ving Rhames are all set to return. Alec Baldwin is also cast in an unknown role and Christopher McQuarrie is in the director’s chair. Considering previous entries in the franchise, we can expect dangerous stunts, sexy women and danger lurking every corner as the Impossible Mission Force attempts to save the world once again.