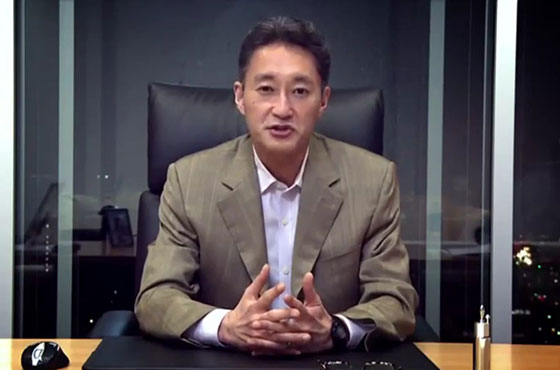 What happens when Hollywood decides to go and make a film depicting the assassination of a living world leader? Well, at the very least it is expected the studio behind the production will face a backlash. Sony was faced with a similar situation for their upcoming film ‘The Interview’. According to The New York Times, Sony CEO Kazuo Hirai was forced to intervene and ask the filmmakers to water down controversial scenes such as the assassination of North Korean dictator Kim Jong-un.

According to The Wrap, Hirai was told that “The head explosion (of Kim Jong-un) has been considerably obscured by the fire.” The film was never meant to be taken seriously as it was a buddy-comedy featuring the talents of Seth Rogen and James Franco who get the scoop of a lifetime when they land the opportunity to interview the North Korean dictator. The two journalists are recruited by the CIA to turn the interview into an assassination.

This is also the first time in 25 years the corporate CEO had to intervene in an autonomous subsidiary. The New York Times reported that “Sony’s Japanese chief executive, Kazuo Hirai, broke with what Sony executives say was a 25-year tradition. He intervened in the decision making of his company’s usually autonomous Hollywood studio, Sony Pictures Entertainment.”

Hirai had asked the studio to make the ‘assassination’ less graphic and “remove images of flaming hair and chunks of (Kim Jong-un’s) skull.” Originally, the scene was supposed to show Jong-un’s head explode “when hit by a tank shell.”

Seth Rogen was not too happy with the changes. Earlier reports revealed Rogen saying, “This is now a story of Americans changing their movie to make North Koreans happy. That is a very damning story.” The film is releasing on December 25th but for those living in Asia will have to travel outside the continent to catch a screening of the controversial comedy flick.