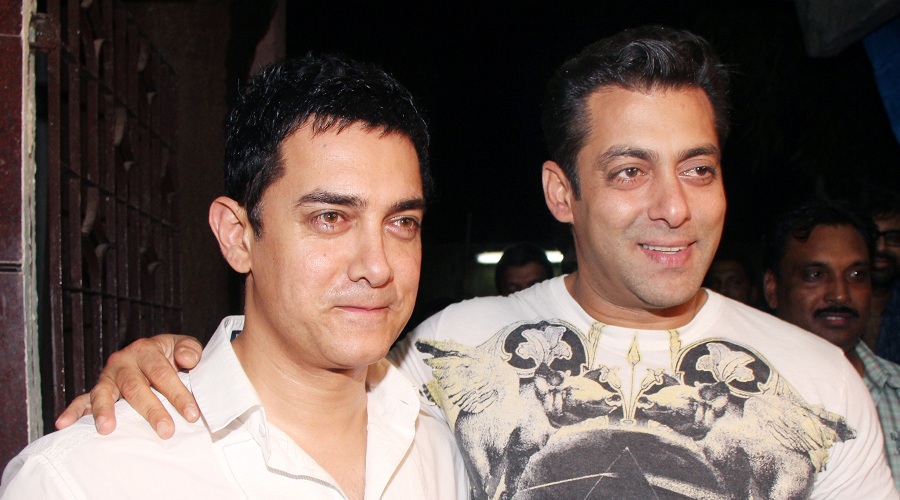 Salman ‘Dying To Work With Aamir’ In Andaz Apna Apna 2

Bollywood superstars Aamir and Salman Khan seem to be taking their bromance to a whole new level. Earlier this week, Aamir, who is currently shooting for his latest film, showered Salman with praise, calling him ‘the original bodybuilder of the industry.’

Both Khans will be playing wrestlers in their upcoming releases. Salman will be seen in Ali Abbas Zafar’s ‘Sultan’ starring alongside Anushka Sharma, while Aamir is all set to appear in Nitesh Tiwari’s ‘Dangal’.

The two actors are also set to star in the long-awaited ‘Andaz Apna Apna’ sequel. According to PinkVilla, yesterday, on the sets of ‘Sultan’, Salman was asked about the intended project and the prospect of once again working with Aamir to which is replied, “I am dying to work with Aamir in the Andaaz Apna Apna sequel!”

It was earlier reported that the rights to the sequel had been sold to Anurag Kashyap’s Phantom Films, but those reports were soon quashed by Vinay Pictures, who produced the original.