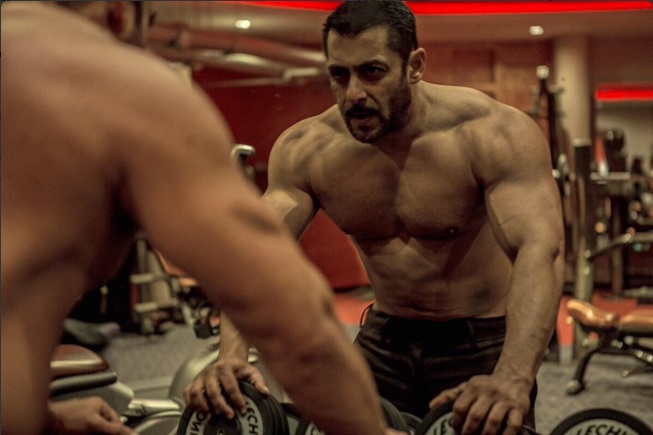 “Wrestling is not a sport. It’s about fighting what lies within.” – Sultan

In the six days since it was uploaded to YouTube, the official teaser to Salman Khan’s upcoming wrestling saga ‘Sultan’ has racked up nearly 10 million views. Written and directed by Ali Abbas Zafar (of ‘Mere Brother Ki Dulhan’ fame) ‘Sultan’ marks the first collaboration between the budding talent and India’s most bankable star.

Earlier today, Zafar tweeted a photo of Sallu bhai in the gym, ripped to the nines. In it, the 50-year-old actor boasts the physique of a 25-year-old — bulging biceps and all.

The teaser has already broken the record for ‘Fastest to Reach 3 Million Views’ racking up its first million in less than 12 hours. Matlab ke Mindblowing.

Slated to release on Eid the Salman Khan-starrer will be pitted against another Badshah of a film, Shah Rukh Khan’s ‘Raees’.

Though there has been some talk of rescheduling the release so as not to eat into each others box office figures, nothing has yet been confirmed.