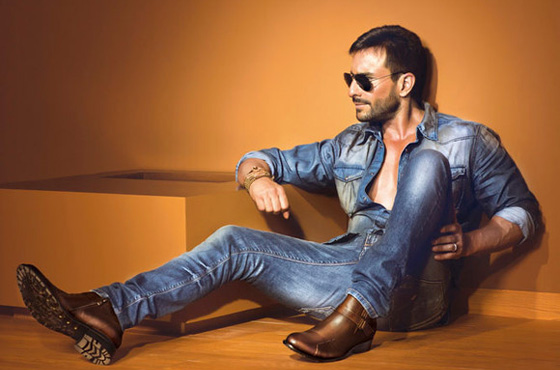 After the successful portrayal of Russian gangster “Boris” in the now-cult classic ‘Go Goa Gone’, Saif Ali Khan again dons the role of a gangster this time called “Raja”. From what we’ve gathered the film follows the traditional “bad gangster gone good” storyline, which apparently seems to be the reason behind its less-than-stellar performance.

According to Indian media reports the film was originally titled ‘Jai Ram Ji Ki’ but the title was later changed at Saif’s request to better reflect the gangster theme.

Before the release of the film social media sites were abuzz with gossip and rumors, and expectations were at an all-time high. But as with most things in life, it all comes down to luck. ‘Bullett Raja’ released in India over the weekend but its release in Pakistan was blocked after a Lahore High Court served a contempt of court notice to the Central Board Film Censorship (CBFC) Chairman and senior bureaucrat Syed Arshad Ali for their failure to stop the illegal screening of foreign films in Pakistan. Sadly, Saif’s ‘Bullett Raja’ seems to be the first casualty. Last year too, Saif’s film ‘Agent Vinod’ starring alongside wife Kareena Kapoor Khan was banned in Pakistan though for different reasons.

According to Bollywood Hungama ‘Bullett Raja’ collected Rs 6.5 crore on Friday and Rs 7 crore on Saturday, amounting to a total of just Rs13.5 crore for two days.