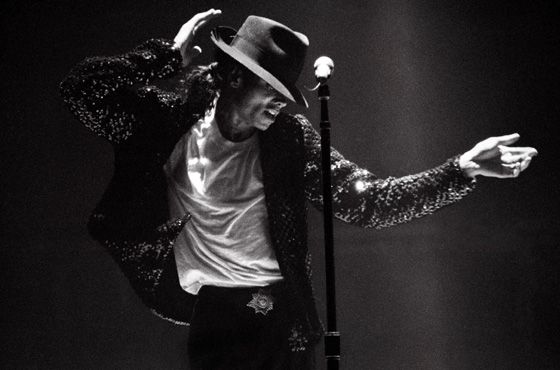 Michael Jackson returns this month from the musical grave for a second time, with a new posthumous album aimed at resurrecting his star power, five years after his untimely death.

Critics have already hailed ‘Xscape’ a clear improvement on 2010’s ‘Michael,’ the first album released after Jackson died of a drug overdose at age 50, as part of a multi-record deal with label giant Sony.

The new album’s songs include one about child sex abuse, the issue which helped bring down the self-styled King of Pop, despite being acquitted of sexual molestation charges in 2005.

The singer’s executors have worked hard to pay off the enormous debts left by the fallen star, with key projects including the ‘This is It’ film of rehearsals for the doomed world tour he was planning before he died in 2009.

‘Michael’ has sold a relatively modest 540,000 copies, according to Billboard magazine, which noted that Jackson’s overall record sales were less than both Elvis Presley and Johnny Cash last year.

The album was marred by claims that some of the vocals were not actually Jackson singing.

‘Xscape’ comprises of eight songs chosen from the vast catalogue which Jackson worked on over four decades but which did not make it into any of his iconic albums like 1982’s ‘Thriller’ or 1987’s ‘Bad.

The songs are based on original vocals by Jackson, who often made multiple recordings of tunes he was working on, but with music “contemporized” by producers for a modern audience.

While fans will have to wait until next week to hear all the songs, the titles have been released. They include ‘Xscape,’ first produced 15 years ago, and ‘Do You Know Where Your Children Are.’

The song is about “kids being raised in a broken family where the father comes home drunk and the mother is out prostituting and the kids run away from home and they become the victims,” according to the liner notes.

US rapper Timbaland, the executive producer on “Xscape,” said they were keenly aware of the need for the new Jackson record to stand up against the best that current pop music has to offer.

“How would I hear this on the radio against Katy Perry? Would it sound old, would it sound new?” asked the producer, who works closely with Justin Timberlake and Beyonce.

He “had to make sure that it can compete with everything that is going on today in the pop world,” Timbaland told Billboard.

The album’s producers include the Stargate collective behind Beyonce and Rihanna, and Rodney Jerkins, who has worked with the Black Eyed Peas and Lady Gaga.

A lot has indeed changed since Jackson’s heyday.

Jackson died on June 25, 2009 from an overdose of the anesthetic propofol, administered by his doctor Conrad Murray to help Jackson fight insomnia as he prepared for his comeback. Murray was convicted of involuntary manslaughter in 2011.

A few months after his death, Sony and his lawyers signed a record deal — said to be worth more than $200 million by The Wall Street Journal — foreseeing the release of seven albums over 10 years.

The Jackson industry remains extremely lucrative: Forbes rated him as the highest-earning dead star last year. His heirs made $160 million last year, following $145 million in 2012 and $170 million in 2011.

But the producers of ‘Xscape’ say that, above all, they want to live up to the high standards Jackson himself set. L.A. Reid, the head of Sony subsidiary Epic Records, said Jackson was a perfectionist.

Critics have mostly been complimentary about the album, before its May 13 release.

“While some of them are very obviously album tracks at best, there are flashes of genius that haven’t been diluted or watered down. In fact, ‘Xscape’ manages to bring most of them to life,” said British daily the Guardian.