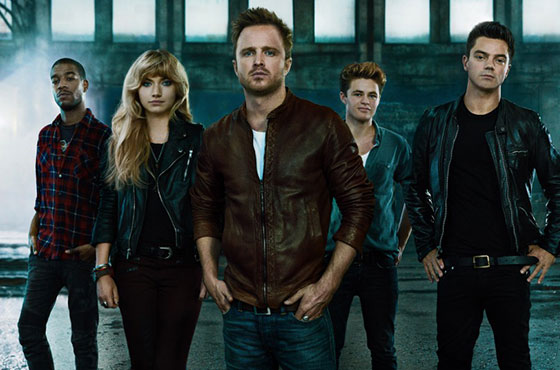 Need for Speed Set to Get a Sequel?

Last year, ‘Need for Speed’ finally made the jump from video games to the big screen. Despite several nods to Electronic Arts successful racing franchise, the film did not do financially well in the United States. However, it did make an overall profit from foreign box office returns. Considering this viability, Chinese production companies have shown interest in returning the game franchise to the silver screen a second time. Whether original stars Aaron Paul and Dominic Cooper return is anyone’s guess.

According to Deadline, Chinese companies Jiaflix, China Movie Channel and 1905 Pictures are collaborating on developing a potential sequel to the action thriller. It could also be likely that these companies want to cash in on the success of ‘Furious 7’ that made $392 million on its opening weekend.

Variety quoted Yin Cao, chairman of China Movie Channel, saying, “We are excited to work with EA, one of the world’s most recognized creative companies. We are also delighted that much of ‘Need for Speed 2′ would be filmed in China, and we believe it will include much more Chinese talent and elements.” The first film made good business in China so it makes sense to make the sequel there.

According to Gamespot, the original film rights are still owned by Dreamworks and the three Chinese production companies would have to purchase them in order to develop the sequel. The franchise has potential if it’s done right. The first film was a great popcorn film but compared to the ‘Fast and Furious’ films, it was alright at most.

‘Need for Speed 2’ is set to be racing to the big screen at some point in the future and we hope it does not crash and burn the second time around.