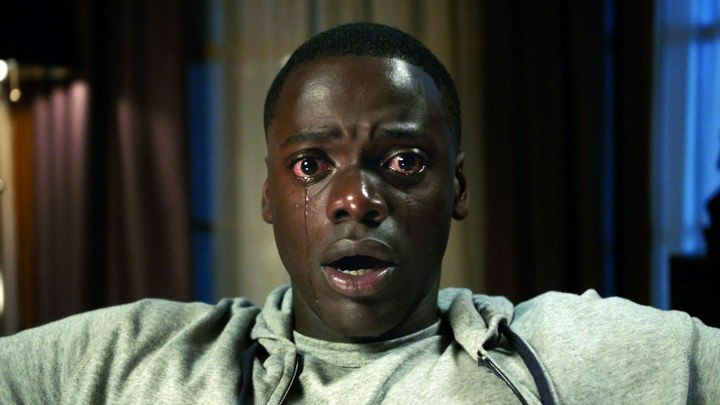 The start of 2017 gave us some exceptional movies, one of which was ‘Get Out’. The movie, released by Universal Pictures on February 24, 2017 was a directional debut by Jordan Peele.

Though the film was made on a budget of $4.5 million, it was a huge success and gathered $255.4 million at the box office, being one of the most profitable films of the year till now.

On the front, the film is about a black guy visiting his white girlfriend’s family, later uncovering a horrific family secret about them not only being racist, but also predecessors of a cultish group. However, on the inside, the film is packed with multiple layers and hidden meanings. Here are some fun facts about the American thriller.

1. The lead actor Daniel Kaluuya who plays Chris Washington nailed his audition in every five takes of a key scene that he did. One scene asked the character to cry, and Kaluuya was so perfect that a single tear came down at the exact same time for each take, said Peele.

2. The famous TV show Saturday Night Live’s star Eddie Murphy was initially selected to play the role of Chris, but Peele later had to change his mind after he decided Murphy was too old for the role.

3. Get Out was not originally decided to end the way it did, the film had an entirely different (and a bummer) ending. The initial ending was to have the cops show up and arrest Chris for killing at the Armitage house, with his best friend Rod visiting him in jail and hinting that he’d get life in prison with the system stacked against him.
During an appearance on Buzzfeed’s Another Round podcast, Peele explained that it was intended to challenge the idea of a ‘post-racial world’ after former President Obama’s election, the idea that racism was somehow over. However, after few events such as shooting of unarmed black men, Peele changed his mind saying that the ending needed to transform into something that ‘gives us a hero, gives us an escape, gives us a positive feeling when we leave this movie’.

4. The writer-director Peele directed scenes in the movie while doing impersonations of Barack Obama, Forest Whitaker, and comedian Tracy Morgan. He also voiced sounds made by the wounded deer himself.

5. Chance the Rapper was so enthralled by the film that he bought all of the movie tickets from Chicago movie theaters only so that people could go and see the film for free.

6. Not only the film is filled with hidden messages, its sound tracks contain hints too. Prior to the film’s release, Peele told GQ, that one of the songs at the film’s beginning, ‘Sikiliza Kwa Wahenga’ by Michael Abels having Swahili lyrics. The lyrics contain a message issuing a warning to Chris. “The whole idea of the movie is ‘Get out!’—it’s what we’re screaming at the character on-screen. They go, ‘Brother, brother,’ in English, and then something to the effect of, ‘Watch your back. Something’s coming, and it ain’t good,’” Peele explained.

7. The film soon after its release became an inspiration for college courses for its racial themes and symbolism.

8. The film features ‘The Sunken Place’, the idea of which means that we’re marginalized, and no matter how hard we scream, the system silences us, explained Peele.

The list continues to go on, as there are more Easter eggs hidden in the film. Peele has made a movie about the black experience in white America. For all those who have watched the film should see it again to notice the tiny messages, and those who haven’t, be sure to observe the film carefully looking for hidden clues.