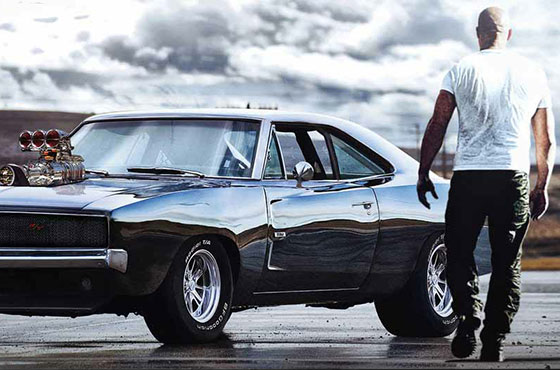 ‘Furious 7’ to be First Billion Dollar Flick of the Year?

‘Furious 7’ made $390 worldwide on its opening weekend and as of recently, it crossed $800 million at the box office. According to Business Insider, eleven films have done better business on the second weekend. One of those includes the hit ‘American Sniper’ that starred Bradley Cooper.

If the film continues to sell theaters globally, it could very well be the first billion dollar release of the year. According to Forbes,  ‘Furious 7’, released by Universal Pictures, could achieve this feat in just another week. 2015 is a year of mega blockbusters and following the success of ‘Furious 7’, we don’t expect any less from the hotly-anticipated ‘Avengers: Age of Ultron’ and ‘Star Wars Episode VII: The Force Awakens’ set to release later in the year.

‘Furious 7’ is no doubt the biggest film in the franchise that started in 2001 with ‘The Fast and the Furious’. It currently ranks at number one in a whopping 67 countries. It has the biggest opening in China scoring $68.6 million. Similarly, Russia recorded $15 million over the four-day opening weekend. This is also the biggest opening weekend debut for the month of April at $147 million in the United States. The previous record holder was Marvel’s ‘Captain America: The Winter Soldier’.

The insane stunts, action scenes, racing sequences and late Paul Walker’s touching tribute at the end of the film are possible reasons why the film is such a massive success worldwide. This film provides everything for adrenaline junkies and the action just never stops till the credits roll.

‘Furious 7’ said goodbye to Paul Walker who has a much better ending in the franchise than his real-life death. Kurt Russell and Jason Statham are introduced as new characters in the film. It is possible that Russell and Statham may be featured in future sequels.