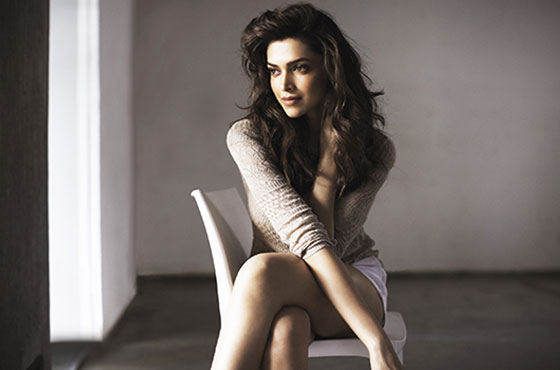 Deepika Padukone could be likely seen in a major Hollywood blockbuster next. According to Pinkvilla, the ‘Chennai Express’ star expressed interest in working in Hollywood in the future while speaking to a leading daily.

Hindustan Times quoted Deepika saying, “Yes, it does excite me. It’s fascinating to set foot in a world that is completely different. The kind of films they make is different, and I’m sure their work culture is different, too. It would be like starting all over again, the way I began my Bollywood career seven years ago. It would be challenging, but I don’t mind.” She also regrets missing out on a role in this year’s first billion dollar blockbuster ‘Furious 7’ as it ended up becoming ‘the biggest Hollywood hit in the country!”

Whether she gets her big break in Hollywood or not, Deepika will continue dazzling us in Bollywood. Her hotly-anticipated film ‘Piku’ is set to release in theaters in four days. The film, will see her co-starring with the magnificent Amithabh Bachan and talented Irrfan Khan. Other upcoming releases include Imtiaz Ali’s ‘Tamasha’ and ‘Devdas’ director Sanjay Leela Bhansali’s ‘Bajirao Mastani’.

If Deepika missed out on ‘Furious 7’, then there is still a chance to try out for ‘Furious 8’. She clearly has the talent and seeing her on a different stage than Bollywood will be interesting. Her contemporary Irrfan Khan has starred in blockbusters ‘Slumdog Millionaire’, ‘Amazing Spider-Man’ and ‘Life of Pi’. Hopefully we will see Deepika following in his footsteps in Hollywood soon.