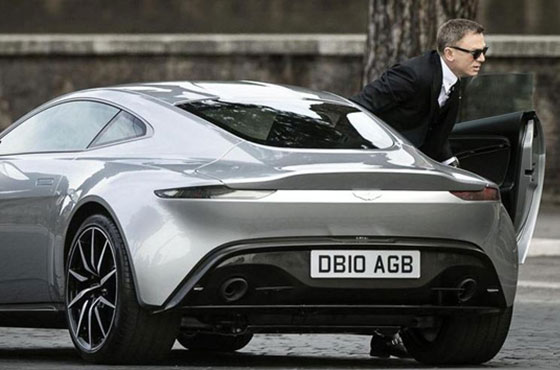 James Bond’s latest ride is a top-of-the-line Aston Martin DB10 fit for a British spy. In fact, the car was designed especially for the upcoming ‘Spectre’. However, would Agent 007 feel safe inside his primary means of commute? According to Autoblog, Bond actor Daniel Craig suffered an injury while shooting a scene inside his trusty steed.

The DB10 was being filmed chasing the Jaguar C-X75 in Rome, when the stuntman driving the car unfortunately stumbled into “one of the ancient city’s notorious potholes.” According to the Los Angeles Times, Craig ended up getting hurt by hitting his head and was checked up by the on-set medic. The Jaguar C-X75 is basically the ride of choice of film villain Dave Bautista.

Craig’s injury was minor enough to allow him to return to filming. Hopefully the stunt drivers are careful next time and watch out for potholes. Of all the cast members, Craig is perhaps the most crucial one since he is playing the suave and sexy British MI6 agent.

This is not the first time the ‘Quantum of Solace’ star suffered an injury on the set of ‘Spectre’. According to the Toronto Sun, Craig suffered an injury on his knee while shooting in Austria. At the same time, assistant director Terry Madden earned himself several leg fractures when the runway camera truck unfortunately collided into a barn.

We hope these incidents are far and few and the film can stay on course for release on November 6, 2015.