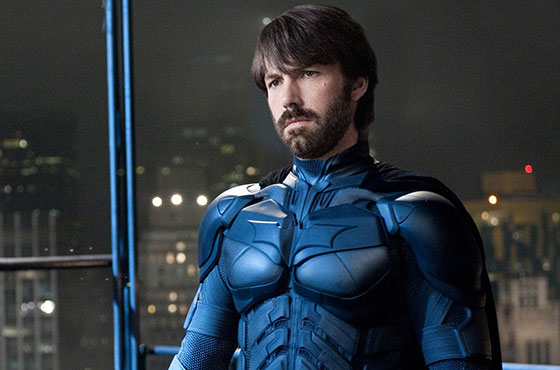 Batman to Have Cameo in ‘Suicide Squad’?

According to latest reports, the ‘Suicide Squad’ is set to have a surprise appearance from the Dark Knight. Forbes  reports that Batman as portrayed by Ben Affleck has a cameo in the upcoming film that could be a prolog to an independent film featuring the Caped Crusader.

Latino Review earlier reported that Batman will only be seen in a video monitor but he will actually have a minor role. According to SlashFilm, the role will involve him in a scene in the end of the film with arch nemesis Joker who is played by Jared Leto. Ellen Yindel is reportedly set to be the new Gotham City commissioner replacing James Gordon as seen in the comics.

Unfortunately, there is no reported or confirmed date for any future ‘Batman’ film other than his appearance in the hotly-anticipated ‘Batman vs. Superman: Dawn of Justice’ in 2016. That film will be setting up the ‘Justice League’ flicks scheduled for release in 2017 and 2019 reportedly.

According to Screenrant, Zack Snyder’s sequel to ‘Man of Steel’ is expected to be based on Frank Miller’s ‘The Dark Knight Returns’. Affleck will be joined by returning Superman Henry Cavill.

Batman fans would be excited to hear about the possibility of their hero returning to action once again in his own film. The last time Batman was seen on film was in Christopher Nolan’s ‘The Dark Knight Rises’ then portrayed by Christian Bale. Bale and Michael Keaton are the only actors to have played Batman in multiple films. Affleck will soon be joining their list and it would be interesting what new he brings to the role.