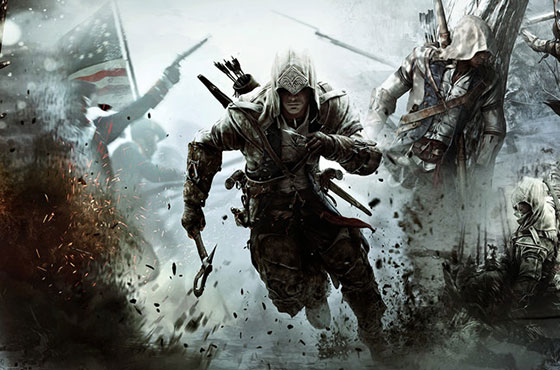 Assassins Creed: 5 Things We Expect From the Film

Ubisoft’s ‘Assassins Creed’ franchise is set for a live-action Hollywood adaptation. We already know a few details. It has been confirmed that Michael Fassbender is set to play the main lead. He will be joined by ‘The Dark Knight Rises’ star Marion Cotillard. The film will be directed by Justin Kurzel and set for release on December 21, 2016. According to Film Divider, Fassbender will play a dual role.

For those who played the games, you know that you have to play as the assassin ancestor and his present day descendant. The present-day character accesses his ancestor’s memories via the ‘Anibus’. Similarly, Fassbender is reportedly playing the character of death row inmate Michael Lynch who gets caught in the Assassins-Templar battle. His assassin ancestor is Aguilar de Agarorobo who is an assassin at the time of the Spanish Inquisition.

Spain is yet to be featured in any of the games so Ubisoft is not basing the film on previous locations seen in the games such as Altair’s Damascus and Jerusalem or Ezio’s Florence. Knowing all this, we list five things that would really make the film adaptation true to the series.

1. Keep the focus on stealth assassinations

Even though in the game, we can assassinate our targets gung-ho style, but the best way is to use stealth. Carefully planned and thought-out assassinations and the eventual escape attempts will truly show what made the games such a hit.

2. Set in the same universe as the game

While the film is expected to use a different story line but we hope it is set in the same universe as our digital assassin heroes. ‘Assassins Creed 2’, ‘Assassins Creed: Brotherhood’ and ‘Assassins Creed: Revelations’ made connections to the original ‘Assassins Creed’ since the present day character Desmond Miles was the descendant of both Ezio and Altair. It would be a great throwback to the games and fan service if the film has these characters in cameo roles.

3. Abstergo Industries should be the villainous outfit

Abstergo Industries played the main villainous organization representing modern-day Templars. It would only make sense if they make an appearance in the film. Characters like Warren Vidic could potentially make an appearance depending on the timeline of the film in regards to the games.

In the games, we have seen characters like Desmond Miles inhabit traits of their ancestors by spending time in the Animus. They also suffer from the ‘bleeding effect’ which are hallucinations of things they have witnessed while in the Animus. It will be interesting to see Michael Lynch suffering from the same effects.

5. Use of Subject Numbers

Desmond Miles was Subject 17 and in ‘Assassins Creed IV: Black Flag’ we play a research analyst at Abstergo. Which subject number will Michael Lynch hold?  It is possible he would be taken off death row to relive his ancestor’s memories for Abstergo. Regardless of how the film plays out, it would be interesting to have our film assassin be one of Abstergo’s subjects to keep in line with the games.