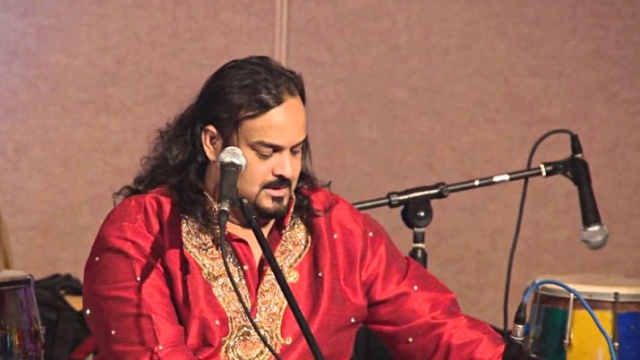 Amjad Sabri is going to reach out to those who loved him, even after his tragic death. According to reports, Coke Studio 9 will be airing the last of the grand maestro’s performances — a rendition of ‘Tajdar-e-Haram’, the most important gem in the legacy of timeless music he inherited from his ancestors.

Atif Aslam’s tribute to Ghulam Farid Sabri was the most popular piece in Coke Studio 8 series, going viral as soon as it hit the airwaves, but it still fell short of the bar the original Sabri Brothers version had set. Amjad Sabri was going to debut in Coke Studio now with his ‘very own’, in all senses, rendition of the evergreen classic na’at.

Sabri had also teamed up with Rahat Fateh Ali Khan to record a kalaam ‘Aaj Rang Hai’, which he said was sung by his father Ghulam Farid, and Rahat’s uncle Ustad Nusrat Fateh Ali Khan at a dargah in Karachi forty years ago. The revival was their tribute to both music legends. No one expected, at the time of recording that too soon, Amjad himself would join the league of legends that are part of history.

With their favorite gone forever, Amjad Sabri fans can find some consolation in looking forward to receiving, in a couple of months’ time, a final gift from him.