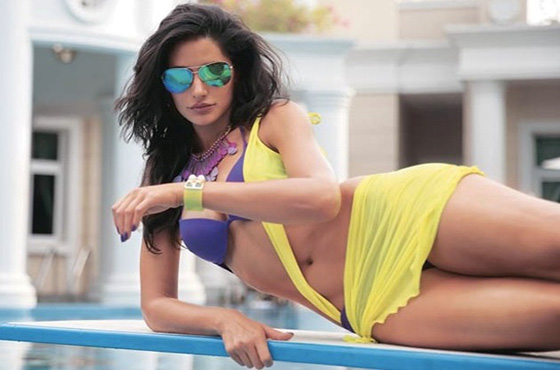 PK – US$77 million
Aamir Khan’s humanoid alien character as PK (short for ‘Peekay’ or tipsy) was inspired by the Indian professor and rationalist ‘Abraham Kovoor’. The comedy-drama film directed by Rajkumar Hirani is a satire based on ‘God’ and those who claim themselves to be ‘Godmen’. Released on 19 December 2014, the film has made it into the highest-grossing Bollywood films of all time worldwide, within two weeks of its release.

Happy New Year – US$60 million
An Indian action-heist comedy film directed by Farah Khan and produced by Gauri Khan with an ensemble cast that includes the likes of Shahrukh Khan, Abhishek Bachchan and Deepika Padukone. One of the most expensive films shot in Bollywood, it takes elements from Hollywood heist movies ‘Ocean’s Eleven’ and ‘Now You See Me’. Released on Diwali, 24 October 2014, the film received mixed reviews from critics, but still proved to be a success.

Kick – US$59 million
Produced and directed by Sajid Nadiadwala, ‘Kick’ is a remake of the Telugu film of the same name. Featuring Salman Khan in the lead as ‘Devi Lal Singh’, a fun-loving youth with a thrill seeking and daredevil attitude, who is always looking for a ‘kick’ or an adventure from life. The film co-stars Jacqueline Fernandez and Randeep Hooda with Nawazuddin Siddiqui playing the villain of the film.

Bang Bang! – US$53 million
The film is an official remake of the Hollywood film ‘Knight and Day’. Marketed and distributed by Fox Star Studios, a joint venture between Hollywood’s 20th Century Fox and Bollywood’s Star TV, which are both owned by Rupert Murdoch’s 21st Century Fox. Directed by Siddharth Anand, the film follows the duo of Hrithik Roshan and Katrina Kaif reprising the roles performed by their Hollywood counterparts Tom Cruise and Cameron Diaz.

Jai Ho – US$29 million
Another Salman Khan starrer doing well at the box office, what a surprise… Directed by Sohail Khan and produced by Khan along with Sunil Lulla, the film is an official remake of the 2006 Telugu film called ‘Stalin’, while it’s basic plot has been derived from ‘Pay it Forward’.