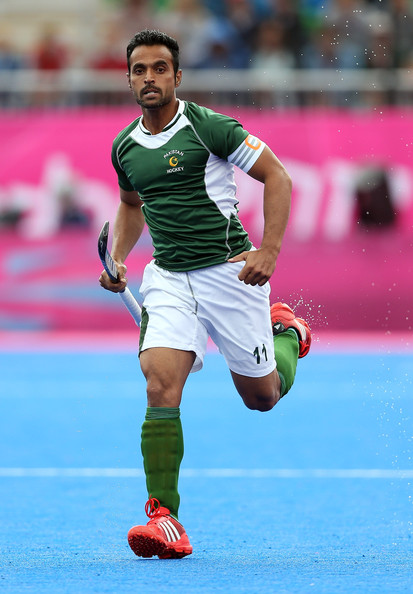 The cheers and hurrahs on Pakistan’s sporting scene all seem to be reserved for the cricketing ‘boys’, whilst the ‘national’ sport, hockey, is always treated like a poor relative, waiting humbly on the fringes, getting a brief, patronizing glance every now and then by media and citizens.

It will surprise you then, to get to know Sohail Abbas, a living legend of international hockey, more appreciated abroad than at home. The feats this Pakistani hero has achieved are indeed Herculean, but the amazing thing is how few of us even recognize his name.

Sohail Abbas, before his retirement in 1999, played as defender in the national hockey side, but had a daunting reputation as penalty corner specialist. He was the world’s most consistent drag-flick converter of his time, with an amazing success rate of 65%.

The prolific star of hockey also holds the unbeaten record of one double hat-trick and 21 single hat-tricks in field hockey.

Sohail’s first major gold medal for Pakistan was in the 2010 Asian Games in China. He is the country’s all-time top scorer in the Olympic games, kicking in 19 goals in two Olympic series. With 16 goals in three World Cups, he also has the distinction of being Pakistan’s top scorer in World Cup competitions.

Need we say more? Heard of Sohail Abbas anyone?