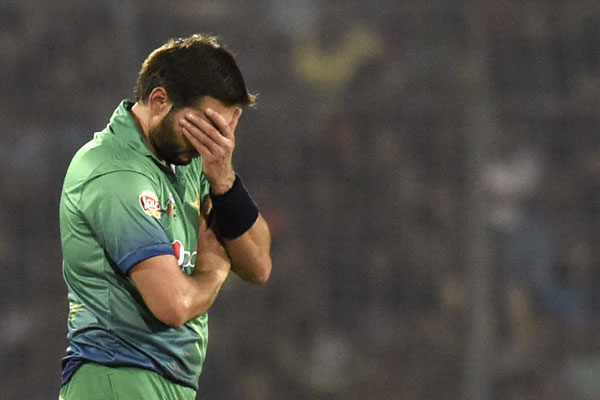 … And it’s over! Some cricket fans are actually heaving a sigh of relief that perhaps this smaller humiliation is better than the bigger one that another Indo-Pak clash could have brought. At the Sher-e-Bangla Stadium on Wednesday, the home crowd roared for victory, and the Bengal tigers delivered it.

Bangladesh qualified for the Asia Cup final by beating Pakistan by five wickets in a match that remained unpredictable till the very end. The only thing that happened according to the usual was that the batting order of the Greenshirts collapsed in the early overs, which has now become a norm. Also, as usual, the onus of carrying the team on his shoulders fell again on Shoaib Malik (41) who this time partnered with Sarfaraz Ahmed (58) to recover from the early disaster of 28-4, managing to notch up a respectable total of 129-7.

For the home team, Soumya Sarkar (48) and Mahmudullah (22), were the key players. Mohammad Amir’s bowling for Pakistan, 2-26, kept hopes alive for Pakistan till the 18th over, as it seemed that the climbing run-rate might be too steep for their opponents, but literal mis-steps by Mohammad Sami, bowling two no balls that got runs, proved to be the team’s undoing. Bangladesh finished with five wickets in hand and five balls to spare.