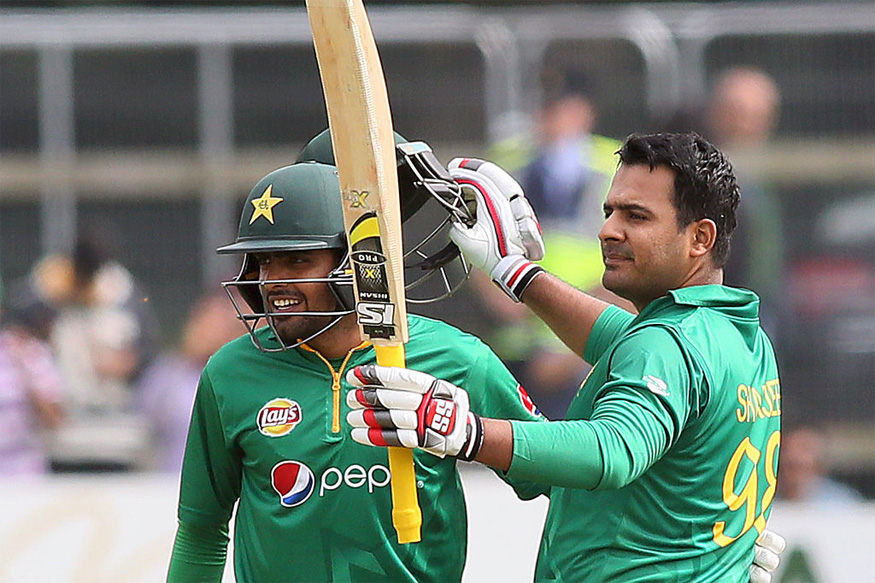 Irish Luck Runs Out In Onslaught Against The Greenshirts

The rain could have saved the Irish, but even the weather seemed to favour the Pakistani side in Dublin last night.

After a delayed start, the first ODI of Pakistan’s UK and Ireland tour was limited to 47 overs for each side, but after making 337/6 in their innings it took the Greenshirts just under 24 overs, thanks to the dynamic duo of Imad Wasim and Umar Gul, to dismiss the Irish side for 82 winning by a massive lead of 255 runs.

Though the much-anticipated captain’s innings from skipper Azhar Ali failed to materialize when he was dismissed after scoring just one run, and Hafeez (37) could also not make any great impact, it was Sharjeel Khan who dominated smashing off thrilling boundaries and sixers in a fantastic knock of 152. Sharjeel’s contribution was added on to by a magnificent 105 run partnership between debutant Mohammad Nawaz and the dashing Shoaib Malik.

When the Irish side came in to bat, they fell like skittles helpless against powerful bowling spells by Imad Wasim and Umar Gul. Imad’s 5-14 performance was a treat to watch, especially the three wickets that he took in a single over.

Following the Oval triumph, this victory has surely given Pakistan a boost for the matches to come – we play the second and last ODI against Ireland on Saturday, and the way we’re going, there’s no reason we can’t have a third consecutive victory in the bag this weekend.