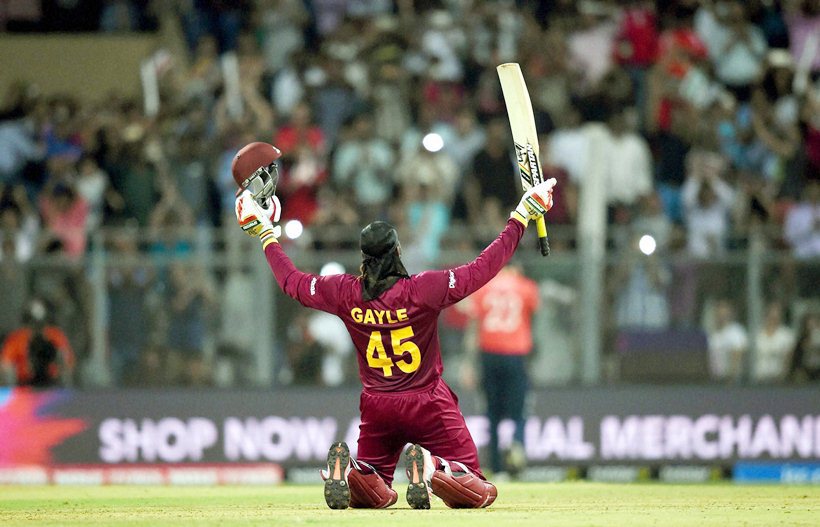 Yes, they’ll be taking home not one, but two champions’ trophies from the ICC World T20 tournament this year; and there’s certainly going to be a great welcome party awaiting them once they land.

Kolkata proved to be a lucky city for both the West Indian men and women’s cricketing squads, as the two teams swept to victory in the finals, much to the disappointment of England and Australia fans.

Four consecutive sixes in the last overs – till which everything was iffy – smashed by Carlos Brathwaite, left England bewildered and put paid to their hopes of securing the match. When Ben Stokes had come in to bowl the last six balls in which 19 runs were required, it seemed England would come out the winner, but Brathwaite took care of that.

England had earlier put up a reasonable total of 155-9, but when Johnson Charles (1) and Chris Gayle (5) were dismissed, West Indian fans began to despair. However, as skipper Darren Sammy put it perfectly, “every West Indian player is a champion”, and his team rallied round to prove it true by becoming the first team to lift the World T20 trophy twice.

The other narrative of victory was no less spectacular. The West Indies women’s cricket team toppled three-time defending champions Australia by successfully chasing the target of 148 with three balls to spare. An opening partnership of 120 runs by Hayley Mathews and captain Stafanie Taylor put the wind in the West Indies sails, after which they cruised to victory.

With an outcome like this, it’s going to be one hell of a joyride for the WIndies in that plane heading back home!