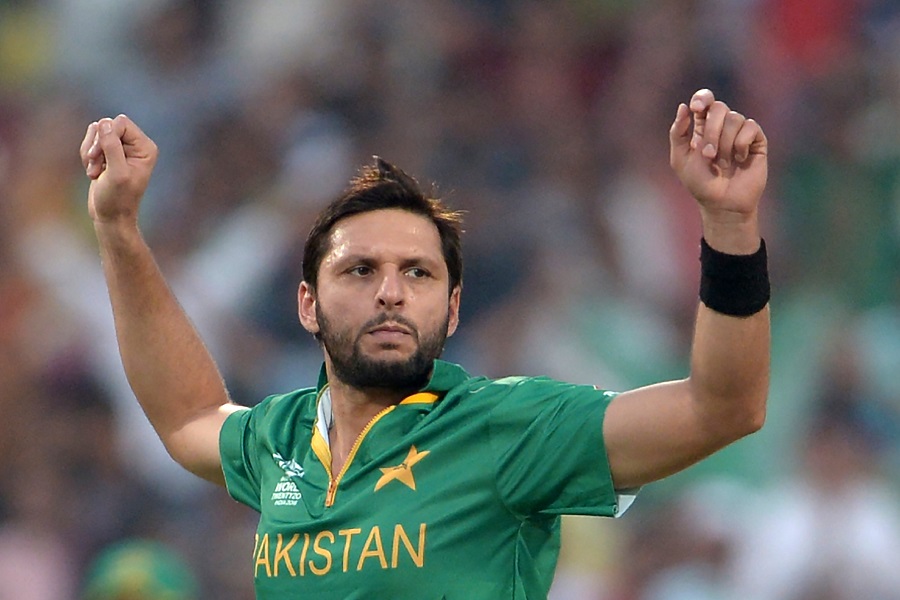 At Kolkata’s Eden Garden stadium yesterday, Shahid Afridi decided the time had come to silence his detractors. Ditto Mohammad Hafeez and Ahmed Shehzad. The trio of veteran Pakistani batsmen steered their team to a spectacular victory against Bangladesh in their first Super10 face off, beating them by 55 runs.

Afridi had the 25,000-strong crowd on their feet, cheering wildly as he played a true captain’s innings, leading his team from the front by a brilliant all-round performance. Making a good decision to bat first after winning the toss, he promoted himself in the batting order, scoring a blistering 49 off a mere 19 deliveries. His bowling figures, too, were an impressive 2-27. Hafeez (64) and Shehzad (52) put up a great 95-run partnership to give the greenshirts a rock-solid foundation, which they built on by posting a formidable total of 201.

When Bangladesh started their innings under tremendous pressure, Mohammad Amir struck like lightning, getting the wicket of Soumya Sarkar on the third ball. Shakib was the only batsman who stood his ground firmly against the Pakistani onslaught, scoring 50 not out by the end of the stipulated twenty overs, in which Bangladesh managed only 146/6.