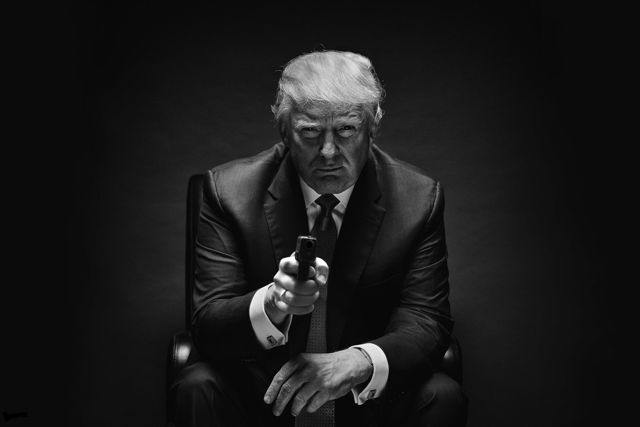 Republican frontrunner Donald Trump, the man we all love to hate, has now decided to lock horns with politicians across the pond, warning British Prime Minister David Cameron and London Mayor Sadiq Khan that if (God forbid) he becomes the next POTUS, their relationship is not going to be a good one.

Both Cameron and Khan had taken exception to Trump’s anti-Islam, xenophobic remarks, and his madcap suggestion to ban all Muslims from entering the United States. In retaliation a public petition to ban Trump from entering the UK attracted more than 500,000 signatures, and not all from Muslims.

‘The Trump’ expressed his annoyance and contempt for the Britons in ‘Good Morning Britain’, an ITV programme hosted by Piers Morgan. He lambasted both the politicians for being ‘very rude’ about him, saying “I’m not stupid”.

Taking offense at Sadiq Khan’s comments about his ‘ignorance’, Trump challenged him to an IQ test, to prove which one of them is smarter. The response of the Britishers was typical. David Cameron’s spokesperson said he had nothing more to say about Trump, and Khan declined the challenge saying, “Ignorance is not the same thing as lack of intelligence.”