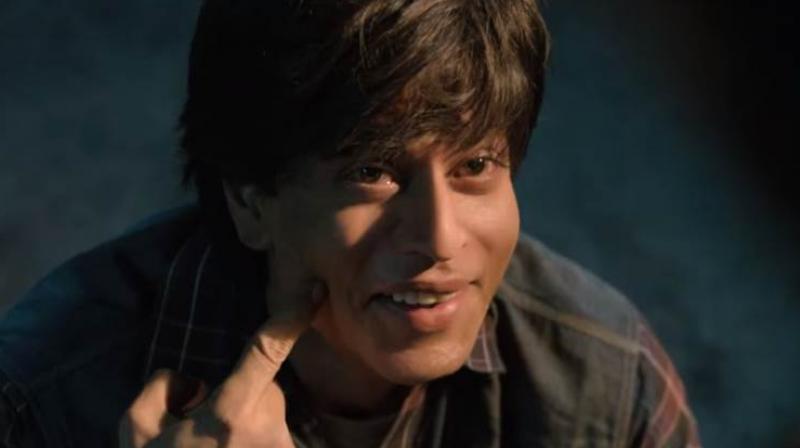 SRK’s ‘Fan’tastic Foray Back Over To The Dark Side

If you’re Shahrukh Khan fan (and let’s face it who isn’t?), the one thing you’ll take away from any film of his will be a one-liner that’ll be etched on your memory, and rolling off your tongue at the flip of the slightest opportunity.

His latest release ‘Fan’ is no exception; it’s going to add another gem to your repertoire.

“Rehn de, tu nahin samjhay ga” – the juxtaposition between Gaurav, the ‘fan’ SRK plays in the film, who has a magnificent obsession with superstar Aryan Khanna, (also played by SRK in the film) is fascinating to watch. The love-hate relationship between the two is a poignant tale of how fantasy and real-life can become hopelessly intertwined sometimes, leading to loss of innocence, and happiness.

Add these words to the list of SRK dialogues you already remember:

and the classically witty

Shahrukh Khan is one of the very few stars in Bollywood who have no qualms about accepting negative, anti-hero roles; in fact he does it with aplomb and admirable ease. Just as no one can quite carry off the ‘arms-wide-open’ romantic stance like him, hardly anyone has ventured into, and successfully portrayed, the dark side of the human psyche as he has.

‘Fan’ is another addition to SRK’s impeccable renditions of flawed central characters, following his past depictions in ‘Darr’, ‘Baazigar’, and ‘Don’.

The response that ‘Fan’ is eliciting at the Box Office proves that good guy or bad, there’s no way SRK’s die-hard fans are giving up on worshiping him any time soon.

For anyone else to replace him in their hearts, “mushkil hi nahin, namumkin hai”.